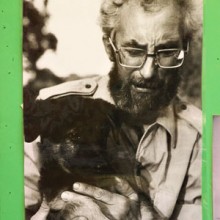 A Lifetime of Dogs & Cats

When, at the tender age of fifteen and as a recent school leaver, James Owen Frederick Fiddimore (Jim) walked through the massive security gates and up the impressive driveway leading to the largest animal quarantine station in the world, he would have had no idea, that one day he would own much of what was laid out before him. Yet twenty-two years later, with a wealth of experience in animal care, two episodes with confirmed rabies cases, hundreds of stitches and scars and a large redundancy package that is exactly what happened.

When Spillers-Dalgetty sold Hackbridge Boarding and Quarantine Kennels to property developers and laid off nearly one hundred people, the kennel buildings with their wonderful Victorian railings which had formed part of the original Battersea Dog’s Home would have been scrapped. Jim Fiddimore however, had other ideas.

The year before, the Fiddimore family had decamped from suburbia, for a better life in the country, settling in a near derelict cottage with a couple of acres of woodland and pasture on the outskirts of Iden village. Jim continued to commute to work in Surrey, but the eventual plan was always to open his own Boarding Kennels and run it as a family enterprise. The sudden demise of Hackbridge Kennels could not have come at a better time for him and very soon his little yellow three wheeled Reliant Van became a familiar sight on the main road from London three times a week, groaning under the weight of timber and iron railings, roof panels and anything else Jim had been able to save from the buldozers.

The final load was unusual in that there was very little on the roof, which was by now looking very bowed. Instead, Jim opened the back doors and his amazed children looked on as he unloaded a pair of Siamese cats named Ming and Ling, a Turkish van cat named Bagheera, the ancient cat from the kennels office, old Tilly, a one-legged cockerel known as Limpy along with several hens and a couple of Muscovey ducks. These were followed by a large white goat who went by the dignified title of Monty. Second later a brindle explosion emerged from the front seat as Ross, the Quarantine Station’s guard dog leaped out, intent on savaging the hens. Last of all came Bruce, a retired German Shepherd guard dog, creakily emerging on ancient legs that had given years of service patrolling with the nightwatchman.

The exotic cats had all been abandoned whilst in kennels by their various owners, the ducks, chickens, goat, Tilly and Bruce made homeless by the sale of Hackbridge and Ross, like Jim was redundant. All of the animals again, had been facing euthanasia but once again, Jim had other ideas.

With the suddenly increased population of their animal charges, it became an urgent matter to turn their place in the country into a viable business but the path was not to run as smoothly as Jim had hoped. Planning was refused when a local farmer claimed that having a kennels near his farm would attract straying dogs that might savage his sheep as they passed through his fields and that his sheep would anyway be traumatised by the noise and proximity of ‘dozens of dogs’. A petition was presented signed by a number of other farmers in support of this claim but happily planning was granted on appeal, partly due to photographic evidence showing curious sheep standing on their hind legs and peering over the hedge at Mrs. Fiddimore’s Yorkshire Terriers playing on the lawn. The sheep looked far from traumatised!

It was quite ironic that upon being granted the service of Stray Dogs collection by the Sussex Police Authority, the first three straying dogs to be handed in to the kennels belonged to farmers whose names had appeared on the petition!

Planning granted, work began on the site, which had to be cleared of years and years of accumulated rubbish. Dozens of pheasant rearing coops, inexplicably filled with old boots were discovered, clay pipes and rusted gin traps abounded and Jim is still to this day digging up beautiful old glass bottles. With the unearthing of this ‘treasure’ the family also discovered much of the history of their new home, formerly a gamekeeper’s cottage to the Woodside Estate and not only about three hundred years old, but apparently also haunted by the last gamekeeper.

Slowly, preserving as many trees as possible, enough land was cleared for the buildings. The lovely old railings were given new life with fresh paint, and Jim followed the design of the Hackbridge Kennel blocks, long buildings, the kennels each side of a central corridor with heating provided by old pot bellied stoves recently purchased from Iden Village hall for 10/s each. Each kennel had an individual run and large, neat exercise paddocks lined with paved paths and beach linked each building. A perimeter fence, double security gates and Ross, re-employed into this former role, completed the security arrangements. Iden Kennels was open for business.

Imagine the horror then when ten-year old son, Lee answered the phone for the first booking enquiry. “Dad” he shouted across the room. “It’s a Mr. Butler about boarding his dog” then “I’ate you Butler!” He was a big fan of ‘On the Buses’!

Fortunately Mr. Butler understood, and became the first of several hundreds of customers to bring their dogs or cats to stay over the next 37 years.

Jim became the dog man for Sussex Police, attending many incidents as a handler. Looking after lost and found dogs from all around the district became a major part of the business and there was real joy in re-uniting animals with frantic owners.

Some stories were heartbreaking, eleven puppies abandoned in a dustbin, the ones at the bottom near death, the boxer thrown from a car on the A21, chasing vehicles with a scruffy old trainer in his mouth, the only possession he had left to him, the huge crossbred hound with a letter tied to his neck – “Please look after Arnie, I can’t feed him anymore.” The Fiddimores worked with many organisations to find good homes for these dogs and dozens of others and it wasn’t unusual to find more than half a dozen cats as ‘charity cases’ on the premises.

Meanwhile Sylvia Fiddimore was making a name for herself as a breeder of top class Yorkshire Terriers, travelling all over the country to shows and exhibiting at Crufts several times. The ‘Iden’ name appears in the pedigrees of prize winning ‘Yorkies’ all over the world. Yorkshire Terrier Rescue would acknowledge her contribution to their work also.

Iden Boarding Kennels and Cattery is still thriving, thirty-seven years from the day it opened its doors and still under the management of the Fiddimore Family. Jim and Sylvia’s daughter Bernardine now helps to run what has truly become ‘the family business’, combining the job happily with her role at Cinque Ports Veterinary Associates and bringing her nursing assistant’s expertise to join Jim’s fifty plus years of experience with caring for dogs and cats. A regular clientele has grown and grown and many people still come back for boarding even after they have moved far away from this area.

There are still chickens and ducks, but wild deer in the woodland, to which several further acres have been added, have succeeded Monty the goat. Jim offers rehabilitation facilities to RSPCA Mallydams Wildlife Centre, providing a small lake for young ducks and a straw filled stable for underweight hedgehogs. It is nothing unusual to be able to view simultaneously a fox, a pheasant, small deer, several squirrels and an abundance of bird life around the grassy clearings, whilst badgers grunt and snort their way around by night.

Clearly the local wildlife is not traumatised by the residents of Iden Kennels either!

Note: Iden Kennels relinquished the Rother District Council Stray Dog contract after twenty-two years due to the increased administrative demands and the very large area covered by the contract. Any enquiries regarding stray dogs should be directed to RDC’s Environmental Department.

We do not charge VAT or cancellation fees

Insured with Petplan Sanctuary,covers up to £1,500 per boarder.

For your peace of mind, LOCAL ‘Out of Hours’ Veterinary care will be provided if needed. 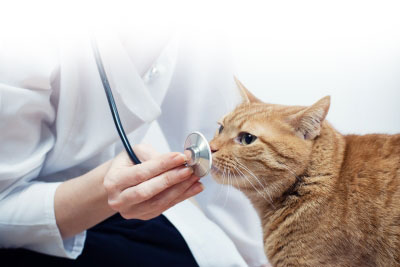 New procedures have been put in place to keep you, your pets and ourselves safe.

Please phone or email for details.